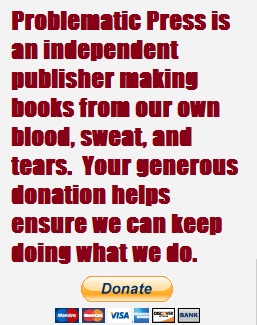 Many Shakespearean litterateurs herald the Bard as having an extraordinary understanding of the human condition. There is substantial evidence within Shakespeare’s plays to justify this claim. Not only does Shakespeare’s interpretation of human psychology seem to predate the institution of many accepted psychological concepts, but his perspective on moral philosophy appears to be a precursory assertion of contemporary morals, as well. Throughout his plays, he shows an acute insight (or perhaps a subconscious intuition) on what will evoke sympathy and, beyond that, kindle the spark of heroism in the hearts of his audience. Examination of Shakespeare’s use of heroic action, in contrast to actions that would not be deemed heroic, will reveal the criteria for and definition of heroic action.

Shakespeare’s plays contain numerous examples of heroic action. Two noteworthy examples of this are the actions of Pisanio in Cymbeline and the First Servant in King Lear.

Pisanio demonstrates heroic action in Act 3, Scene 4 of Cymbeline. He receives orders from his lord, Posthumous, to kill Imogen in Scene 2 of Act 3. He reads the letter as dictating, “Do’t! The letter / That I have sent her, by her own command / Shall give thee opportunity” (3.2.18-19). Despite the behest of Posthumous, when the opportunity arises he does not even attempt the act. Rather, he helps set Imogen free from her bonds at court (3.4.103-181). He holds firmly that Posthumous has been duped, “It cannot be / but that my master be abused” (3.4.121-122), and utilizes his own faculty of morality to decide which action to take.

Similarly, the miniscule role of the First Servant in Act 3, Scene 7 of King Lear portrays indubitable heroism. As the First Servant witnesses Gloucester’s eyes rent from his head by Cornwall and Regan as an execution of “justice,” he feels bound to rise against. His forms his protest as “Hold your hand, my lord! / I have served you ever since I was a child; / But better service have I never done you / Than now to bid you hold” (3.7.73-76). While his protest may appear to come from duty to the Duke of Cornwall, this is not the case. On the contrary, the First Servant’s duty would place him as subordinate, with no authority to counsel a duke. Instead, it must be his own judgement that leads him to act thus; his sense of justice is what compels him.

Both Pisanio and the First Servant appeal to their own judgement when deciding which actions to pursue. However, is judgement and autonomy alone enough to warrant that heroic action will follow? It seems it cannot. Even right and moral action does not seem to necessarily imply heroism. So, to establish that moral sentiment alone may not always become heroic action, consider the Fool in King Lear.

The Fool holds an exceptional position within the structure of society in King Lear. As the Lear’s entertainer, he has easy access to the King and his affairs. Thus, by proximity, his perspectives on King Lear’s circumstances are privileged to have such a first-hand account. Accordingly, there ought to be a high degree of credibility placed on the interpretations of such a figure as opposed to those of, perhaps, a farmhand or millwright. However, as a mere entertainer for the court, the King can at anytime neglect his credibility as folly or drivel. The Fool is an honest friend to Lear, but does not run the risk of Lear’s wrath by speaking of Lear’s mistakes. The Fool can even insult Lear outright and not face harsh punishment. Such is the case when the Fool says to Lear, “Now thou art an O without a figure. I am better than thou art now: I am a Fool, thou art nothing” (1.4.198-200). The Fool can make these appeals to Lear’s reason while wholeheartedly knowing that he will endure no wrath, suffer no punishment, and encounter no reprimand. When Kent offers similar protest against Lear’s decisions he is swiftly banished from the kingdom upon pain of death (1.1.122-189).

The apparent difference between the Fool and Kent is that the Fool need not worry about any personal risk by acting according to his moral sentiment. Kent is aware of the risk he must face. Kent protests as the voice of justice against Lear’s decree to banish his own daughter knowing that his protest might bring harsh punishment. This consciousness of the consequent risk that could arise by acting according to moral sentiment also seems to be a crucial constituent of heroic action. Nevertheless, it is worthwhile to investigate whether risky action alone may embody heroic action.

For this purpose, a case of high risk and questionable moral rightness is ideal. An exemplary case is in Antony and Cleopatra when Antony leads his military might to face Caesar in battle at sea. The scenario is that Antony has the choice of battlefields, either by land or by sea. A battle by land is assuredly in his favour, while a battle by sea most certainly entails defeat. Antony is aware of his tactical advantages and weaknesses, yet he decides to fight at sea and his reason is evident in this passage:

Will fight with him by sea.

Cleopatra. By sea; what else?

Canidius. Why will my lord do so?

Antony’s reason for fighting at sea is simple. It is not borne from any moral sense of courage or justice, or even from sound strategy. His reason for fighting Caesar at sea is purely macho gallantry. Clearly, there is no moral rightness involved in this act. The extent of the risk is nearly incalculable. He jeopardizes his own life, the lives of his soldiers, and the state of his entire nation, which is essentially one-third of the known world. The stakes run high in this battle, and Antony foolishly follows machismo rather than sound stratagems or morality.

It follows that Shakespeare does not intend for the audience to think of this act as heroic. As soon as Antony’s battle plan is made public to his generals, the criticism comes quickly and bluntly from both Canidius and Enobarbus:

Canidius. Ay, and to wage this battle at Pharsalia,

Where Caesar fought with Pompey: but these offers,

Which serve not for his vantage, he shakes off;

And so should you.

Enobarbus. Your ships are not well manned;

Your mariners are muleteers, reapers, people

Are those that often have ‘gainst Pompey fought;

Their ships are yare, yours, heavy: no disgrace

Shall fall you for refusing him at sea,

Being prepared for land.

Enobarbus. Most worthy sir, you therein throw away

The absolute soldiership you have by land,

Distract your army, which doth most consist

Your renowned knowledge, quite forgo

The way which promises assurance, and

Give up yourself merely to chance and hazard

This discourse is used to convey to the audience many significant facts: that Antony has a very capable force of infantry; he has an astonishingly weak naval force compared to Caesar; there is no chance of winning the battle at sea; there is every assurance victory can be found by fighting on land; and Antony is aware of all of this. We can have no doubt that Antony acts from motives other than moral rightness and that what he risks is quite severe. Yet, there is no question that this action is not heroic action. Rather, it seems as folly.

Pisanio disobeys his master’s orders and instead obeys his own morality; he acts according to what he knows to be just. This is not a simple matter for Pisanio, he admits to Imogen that “… Since I received command to do this business / I have not slept one wink” (3.4.101-102). While the audience is privy to the truth of the matter, Pisanio must contest with his own knowledge and determine what he thinks is right, what he thinks is just. He is aware that if he is found to have not killed Imogen, then both he and Imogen would be risking the wrath of higher authorities. This is why he has derived a plan to keep Imogen alive yet out of sight from the court (3.4.125-181). He is aware of the risks and nevertheless acts to pursue justice.

Likewise is the case of the First Servant. The horrific abuse of Gloucester is entirely beyond the scope of his imagination, hence “…What do you mean!” (3.7.78) is interpreted as how can you do such a terrible thing? This obviously goes against his sense of morals and is a complete injustice, and this leads him to act against it. Being a servant “since [he] was a child,” (3.7.74) indicates he knows his role as a submissive servant and the consequences of acting outside of his role. He is compelled to pursue justice despite the risk to his own health and well-being.

The audience sees Pisanio and the First Servant as acting heroically instantly, without giving the matter much thought. It is a natural response from the audience, but, deconstructed and analyzed, the cases conform to the criteria for heroic action. Heroic action is not simply good virtue. Heroic action is certainly not simply risky action. What constitutes heroic action is the pursuit of justice despite the personal risk that it entails. Shakespeare’s view of heroic action embodies common contemporary concepts of psychology and philosophy; his heroism reflects motives and consequence. An audience always considers the reason why an action is taken and the possible results of doing that action. The pursuit of justice while being aware of the risk is both the criteria for and definition of heroic action.